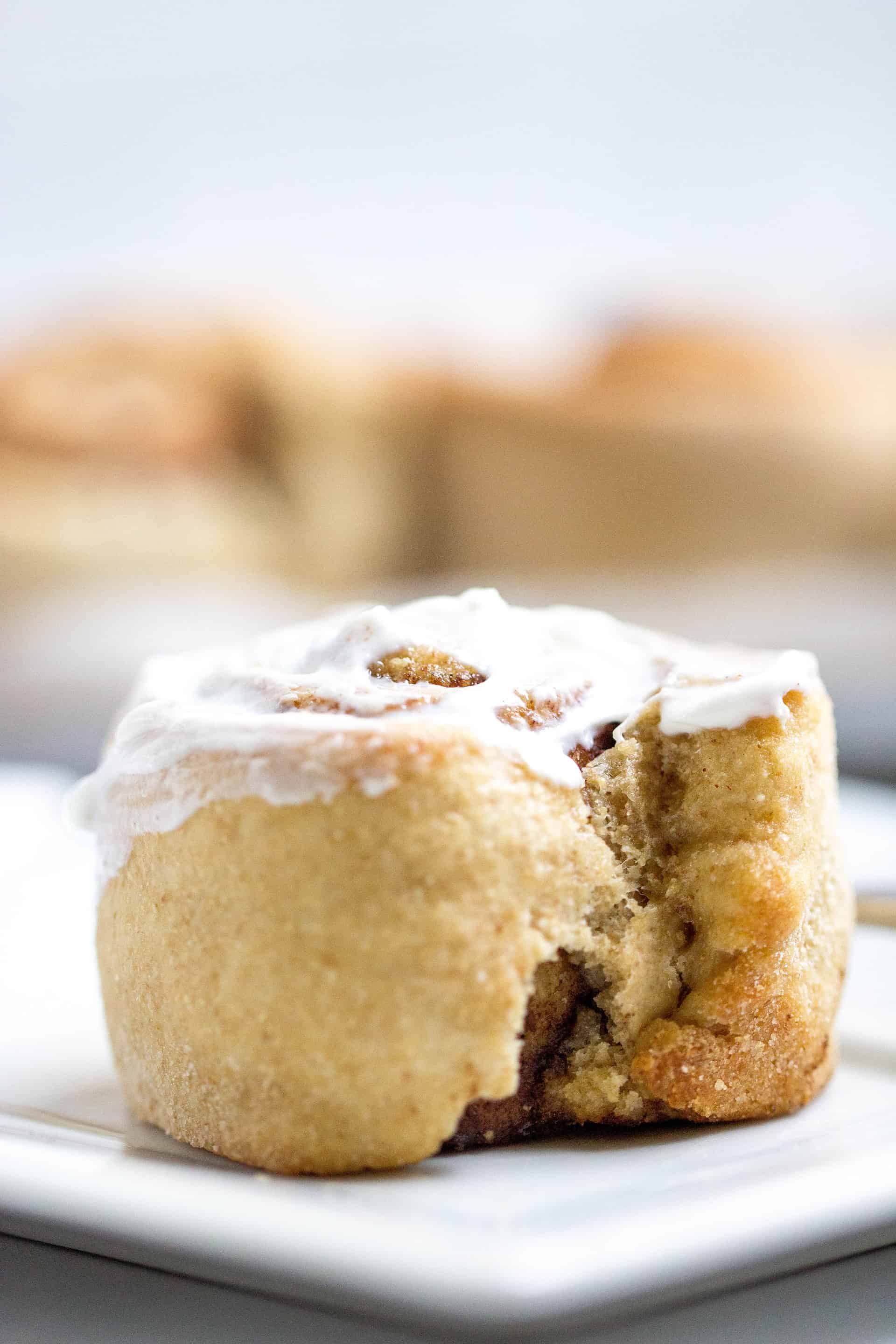 The reason I can tell you these are the BEST Healthier Cinnamon Rolls is because I tested SO MANY VERSIONS of this recipe before landing on “the one.” My stress level was super ultra high trying to get these right!

I made this recipe for NBC DFW for a segment on healthier holiday baking. And when you’re sharing a recipe on the news, you really don’t want it to be bad. And by you, I mean me. I’m a perfectionist, what can I say.

And then my husband promptly made fun of me for announcing in the segment, “UGH the smell alone is reason enough to bake these.” But aren’t I right??? The smell of cinnamon rolls baking is one of the BEST smells that will ever come out of your kitchen.

I also take offense to him making fun of me because he himself proclaimed these healthier cinnamon rolls to be amazing and he typically rolls his eyes at my healthier baking endeavors. So he can thank me for coming up with such a delicious recipe that is wayyy lighter than traditional cinnamon rolls. 🙂

What makes these cinnamon rolls healthier

P.S.- if you want yogurt recommendations, check out this post.

You’ve got healthier cinnamon rolls, but do you need more ideas for breakfasts, snacks, and treats for your baby, toddler, or preschooler?

Check out my ebook, No Sugar, Still Sweet, for 20+ deeeelicious recipes that have NO added sugar – only fruit! These are recipes that your little one will love (my kids do!). And you can feel like super mom giving them such nutritious treats!

You may also LOVE these pumpkin baked oatmeal bars – they have been a go-to in my house for years! And while we’re on the topic of pumpkin – these pumpkin french toast sticks are SO fun to make with kids.

When the thing I’m really insecure about played

Does your little one like things that are plain?

Get a sneak peek into Simply Satisfying Meals!. Ps

Sooo what is kefir?? It’s a fermented dairy prod

When the thing I’m really insecure about played

Does your little one like things that are plain?

Get a sneak peek into Simply Satisfying Meals!. Ps

Sooo what is kefir?? It’s a fermented dairy prod

This post is a collaboration with Beef Loving Texans. I received compensation, but all opinions are my own. The first 1,000 days of life are when your little one’s brain begins to grow and develop. Read more…

There are healthy ways to boost calories in your toddler's diet. Read this article to see healthy snacks and meals to help your little one gain weight.