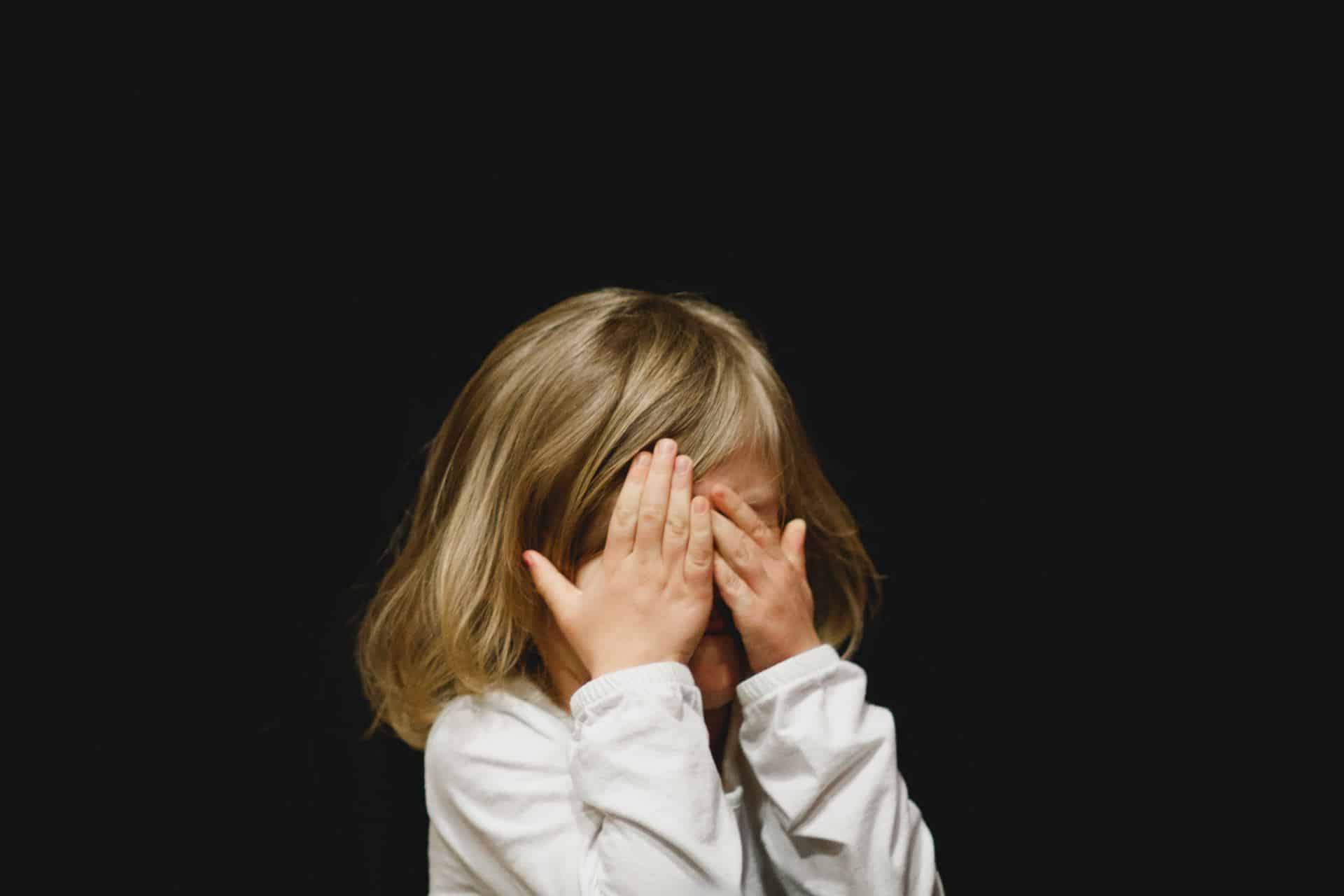 Are you or someone you know being manipulated by a toddler at mealtime? Okay, so maybe I’m making this sound a little dramatic but you guys, mealtime toddler manipulation is a real thing! And it can happen without you even realizing it.

It starts off with a simple request (or demand) from your toddler that you give in to, but it can quickly become out of hand. Before you know it, you can find yourself in a place where meals and snacks are no longer enjoyable, for you or for them.

How do you know if you’re being manipulated by your toddler?

Well, you probably just know. But if you’re not totally sure, signs include hearing constant whines and demands at mealtime. Things like:

And even though it’s true that we can’t completely stop them from whining (though a parent can dream!), sometimes we do things in a desperate attempt to at least stop the whining for now. We cave into their demands even when we don’t want to, for a few (super valid) reasons, like wanting them to:

…and because we want to eat our own meal in peace!

Going off of this list, it makes perfect sense that we would want to just give them what they’re asking for. You love your child and want them to be happy, and you want a peaceful family mealtime. No one will ever fault you for that (including me) which is why I really don’t want you to feel badly about where you are right now with meal times. You’re doing your best to keep everyone happy and that’s noble!

How To Stop the Mealtime Toddler Manipulation!

If you’re starting to lose your mind over the mealtime drama playing out between you and your toddler, know that you can take back some of the control and stop doing the thing that’s bugging you!

Today we’ll walk through how to get navigate these tricky situations.

You’ll gain tools and background info that I hope will help you to A) better understand your toddler’s motivations; and B) set the limits you want to set without the negativity and stress.

We’ll use the example of what to do when your toddler asks you for a different meal than the one you already made. But, know that a lot of the same ideas apply to whatever your current mealtime challenge is. No matter your struggle right now, these tips should help you gain some clarity and strengthen your resolve!

Here’s the scenario: You made pasta and meatballs, something your toddler typically likes to eat. But when you put it down in front of them, all of a sudden they simply cannot be bothered to even look at it. They tell you, “Nooooooo I don’t want this!”

Maybe you go back and forth with them for awhile, but eventually you come to terms with the fact that they’re just not going to eat the spaghetti.

Or, maybe they’re crying or throwing a tantrum, and you just want it to stop. So you say, “FINE I’LL MAKE YOU THE TOAST!!”

You interrupt your meal, go make them this other food, probably all while they’re still whining or crying, and you bring them the dang peanut butter toast.

This is mealtime toddler manipulation at its finest you guys!

Okay, so you gave in to their demands. Now what?

Maybe they are happy now and go on eating the food they requested, but you are likely not so happy. You wasted that spaghetti and meatballs that you already served them! And, you’re feeling frustrated that they rarely ever want to eat the food you make. Also, by now your meal is definitely cold.

Or, they still won’t eat. And now you’re pissed because you made them not one, but TWO different meals, and they’re not eating either of them!

Here are a few things you need to know:

If they’re making all kinds of demands, they’re probably not hungry.

Whenever your child is still not eating even though they requested (and got) something they asked for, they likely weren’t hungry to begin with. It could be that they’re tired and cranky. But whatever the reason, this whole exercise was really just a way for them to assert some power and control that they felt like they needed.

If you served at least one food at a meal that they typically like, and they’re dead set on you getting them something else, they’re probably just not that hungry.

This is especially true when they’re asking for packaged snacks or treats. Those snacky foods will sound good to eat even if they’re not hungry, as opposed to a filling meal of spaghetti and meatballs.

Remember, they are not going to starve if they don’t eat at one meal! So you can take the pressure off of yourself of feeling like you just need to get them SOMETHING that they will eat.

If you’re giving into demands, you’re teaching them how to get what they want

Real talk: Whether they eat that peanut butter toast or not, you’re now in a position where you weren’t completely in charge of what meal was served. And, your toddler got the message that they can manipulate you to get what they want.

They see that if they whine or cry enough, they can have a different meal. They might think, “Well, I can do this again next time! Mom (or Dad) is going to always give me something I like better if I cry about it.”

Side note: They’re not developed enough to have that actual thought process, but they do learn how to behave based on how you react. And, if they start to notice that lots of crying or whining gets them what they want, they’re going to try it again and again!

What To Do Instead

Although it can be easier to give in to their demands in the moment, in the long run, it’s actually not a win for you as the parent. It puts you in a position where you’re not in charge, and as the parent, you’re supposed to be in charge because you know what is best for your child.

At their young age, they might know what they want (and make it loud and clear!), but they have absolutely no idea what is actually best for them. That’s why being able to say no to them, and being confident in your no, is so important.

And even though you being in charge can seem like a hard pill for your child to swallow, know that it actually makes them feel safer and more secure when there are clear rules and boundaries in place. It lets them know that they can trust you to take care of them.

Put yourself in their shoes:

Do you yourself ever have that feeling where you’re like, “Ummm is there an adult around? Nobody seems to know what’s going on here. Wait… I’m the adult?! But I have no freaking clue what I’m doing!” Without clear rules, your kids kind of feel like that.

Remember that saying no doesn’t mean “I don’t love you” or “I don’t care about what you want.” Saying no is part of loving them and taking on the proper role as boundary setter. And know that you don’t have to actually say no to get this point across. Instead, you could try saying something like,

“I can see that you would really prefer that I make toast for you right now. The problem is, I already made a meal, and I only cook one meal for dinner. You don’t have to eat this if you don’t want it, but I can’t make you something else right now.”

When they get a little older and more independent is it appropriate to let them make their own different meal? If your kid wants toast and they are capable of making it does it diminish your boundaries to say “*I* am not making anything different for dinner but if you want toast YOU are free to make yourself some”

Yes, you can do that! Just be consistent so they understand that’s the “house rule” (and you’re not allowing it some days but not others without clear explanation why). It usually has the best success when there are 1 or 2 fallback options that they know they are allowed to make!

[…] are the little moments that start out innocently enough but turn into mealtime toddler manipulation before you know it, so watch out! If you give in regularly, your toddler will probably make a habit […]

Did you know there is an integral PART 2 after int

Has it ever been helpful to you when someone talks

Did you know there is an integral PART 2 after int

Has it ever been helpful to you when someone talks

What dreams did you have when you became a mom? I wanted to have a garden with my kids!

This post is a collaboration with Beef Loving Texans. I received compensation, but all opinions are my own. The first 1,000 days of life are when your little one’s brain begins to grow and develop. Read more…