What To Feed Your Toddler During & After A Stomach Bug

Because stomach bugs are really viruses, there’s not a lot we can do as parents to treat them. But we can do our best to keep them comfy, give them all the sick-day snuggles they’ll take, and offer the hydration and nutrition they need to get back on their busy, dirty, running-too-fast feet ASAP!

If your toddler is sick right now, I see you, I salute you for the round-the-clock work you are no doubt putting in, and I hope this post helps you both feel better soon.

Related: Food for Sick Toddlers: What to do when they won’t eat

Note: this post contains affiliate links. As an Amazon Associate, I earn from qualifying purchases at no extra cost to you.

When your toddler gets a stomach bug, what they actually have is gastroenteritis—which is just the fancy name for the stomach flu. Gastroenteritis is typically caused by inflammation in the stomach or intestines, which can be the result of infections from viruses, bacteria, or parasites. (But most commonly, it’s viruses.) And despite what might feel intuitive, it’s actually not related to the seasonal flu!

Stomach virus symptoms can include:

…but your toddler doesn’t have to have all these symptoms to be considered sick with the stomach flu!

How Long Does The Stomach Flu Last In Toddlers?

Toddler stomach bugs usually last anywhere from one to three days, but most vomiting episodes only last about 24 hours.

Stomach bugs are very common and very contagious. So as much as I hate to break this to you, chances are, by the time your toddler is sick, you or others in your family will come down with the bug, too. It’s almost unavoidable! Luckily, stomach bugs usually pass relatively quickly and don’t cause severe illness. And, most of the time, symptoms can be managed at home.

Stomach viruses spread the same way other viruses spread: through contaminated surfaces, bodily fluids, and sharing food and utensils (something toddlers do a lot!). And, they’re really easily transmitted in crowded places toddlers frequent, like daycares and classrooms.

That said, there are some best practices for avoiding the stomach flu and other viruses. These healthy habits will give your toddler and the rest of your family the best possible defense! They’re nothing fancy—just the tried-and-true methods we know work (and that we’ve gotten really familiar with over the last few years). Things like:

During Your Toddler’s Stomach Bug: The Best Foods For Diarrhea & Vomiting

Because stomach bugs are viruses and viruses can’t actually be treated, your toddler’s bug just has to run its course. As hard as it is to see them so sick, all you can do as their parent is be there for them, cuddle them, maybe let the screen time rules slide for a few days, and focus on treating their symptoms. And one of the ways to do that is by focusing on a few easy nutrition tips—things that will keep them feeling as good as they possibly can until the barf bowl can be safely cleaned and put away.

While your toddler is actively sick, the best thing for you to do is support their immune system by making sure they stay home, rest, and get plenty of fluids. Don’t stress too much about what or how much they’re eating while they’re in the throes of a stomach bug. Instead, focus on hydration and getting some electrolytes into them.

Vomiting and diarrhea are unpleasant for so many reasons. They make your toddler feel terrible and they’re about the least-fun thing to deal with as a parent ever! But nutrition-wise, the main problem we have with them is the dehydration and potential electrolyte imbalance they can cause.

Vomiting and diarrhea cause dehydration (and, ultimately, electrolyte imbalance) in two ways:

Signs of Dehydration in Sick Toddlers:

If your toddler has a stomach bug, watch for dehydration symptoms like:

🚩 Red flag alert: If your child shows signs of severe dehydration or is unable to keep any liquids or fluids down, seek medical attention right away. In some cases, IV treatment at the hospital could be needed.

According to Merck Manual, as long as this isn’t a red-flag scenario, you can focus on rehydrating your child at home. Start with simple, easy-to-digest oral rehydration solutions. I like Kinderlyte or coconut water because they can replenish electrolytes and maintain hydration at the same time, but regular old water is great, too!

If your toddler is just vomiting…offer a few sips of fluids every few minutes, starting 30-60 minutes after vomiting. Don’t give liquids too soon, as the stomach needs to rest. Then, if they can keep that down, increase that volume to one or two ounces every hour. Liquids are absorbed by the body within minutes, so know that as long as they’re not vomiting in the 10 minutes after they consume the liquid, it’s safe to assume that liquid has been absorbed and you can keep offering more. For more detailed information, see this info from Nationwide Children’s.

If your toddler child has diarrhea but isn’t really vomiting…normal amounts of fluids can be offered. They’ll need to take in a good amount of extra water to replace any water lost from diarrhea, so it’s safe to give them several ounces every hour. If they’re not vomiting and can handle some food, that’s a great idea, too! (More of which foods to offer them below.)

If your toddler is just coming down from a stomach bug, you don’t want to feed them too soon. Eating too soon or too much after a stomach virus will likely lead to more vomiting or diarrhea. It’s okay to only offer food once they can keep down liquids for 4-6 hours or more without vomiting.

What To Do If Your Child Won’t Eat After Sickness

Related: Food For Sick Toddlers: What To Do If They Won’t Eat

After Your Toddler’s Stomach Flu: The Best Foods After Vomiting & Diarrhea

Once your child is able to keep liquids down for several hours, you can start on solid foods if they’re hungry and ready! Just remember that there’s no need to force anything they’re resistant to or don’t seem ready for.

Here are some ideas of what to offer when you’re ready to ease your toddler back into eating—and ease yourself back into feeding them!

After a stomach bug, bland is best. Don’t worry about trying to weave in superfoods, sneak in foods they don’t for sure like, or offer things like veggies that are less palatable for toddlers even on a good day! Remember, this is temporary, so it’s okay to be conservative with their food right now. There’s a time and a place for spirulina and Brussels sprouts…but this ain’t it!

There’s nothing that says you HAVE to stick to bland foods, but I find that it can help ease them back in, and also typically sounds more appealing to them after being sick, too. These foods are often comforting, and it’s okay to let their food provide a little extra comfort while they recover.

Soft foods are usually the easiest ones for sick toddlers to tolerate. I like things like oatmeal, applesauce, and jell-o.

Okay, chances are your toddler isn’t exactly craving beef vindaloo right now—maybe ever!—but in case it isn’t obvious, avoid spicy foods while they recover. Other things to avoid are high-fat foods, fried foods, and raw veggies. They’re all tougher on the digestive system during a sensitive time like this.

Dairy has so much good stuff going for it nutritionally, but the lactose in it can also irritate a sensitive GI system, leading to the last thing you want to deal with right now: more diarrhea! 💩

While your child is on the mend, offer them small meals and snacks. This will give them less to digest at a time and it tends to work best with their limited appetites. If they’re accepting these smaller meals and snacks, know that it’s totally okay to offer food more often during the day than you typically would to make up for the reduced quantities. They don’t need to follow their usual meal and snack schedule right now, and you don’t need to feel bad that they’re not!

I know I already flooded you with info on hydration above (see what I did there? 😂), but hydration isn’t all about liquids and fluids! Some foods are really hydrating, too. And, many of them just happen to be easy on the stomach and sick toddler-approved!

My favorite hydrating foods for sick toddlers are:

The BRAT Diet For Toddlers & Why You Can Skip It

If your toddler has a stomach bug right now or has had one recently, I’d bet my left foot that someone told you to stick to the BRAT diet. But as well-intentioned as I’m sure that advice was, it’s actually totally out of date.

What Is The BRAT Diet?

BRAT stands for bananas, rice, applesauce, and toast. It’s the “diet” pediatricians have been recommending for a long time when feeding a toddler with a stomach that’s sensitive or recovering from a stomach bug. But recently, the American Academy of Pediatrics has moved away from recommending it—at least as the only suggestion for feeding.

Let me be super clear: the BRAT diet isn’t bad, and you don’t have to stress if you’ve used it before or still like using it now! It can be useful in feeding sick kiddos because it gives their irritated stomachs a much-needed rest. And, the foods included in the BRAT diet are often preferred or safe foods for kids with low appetites. I just want you to know that the BRAT diet isn’t a requirement or something prescriptive that you “must follow” when your child is ill.

If your toddler has a stomach bug and you know the BRAT diet works for them, great! But if you’d rather expand on those four limited options a bit, you could absolutely do that, too. I like to add in easy-to-digest options like cooked cereal, crackers, chicken, turkey, mashed potatoes, and any other foods that can be easily tolerated.

Help Your Kids Get Sick Less Often With Probiotics

Using probiotics during a stomach bug can also decrease the duration of diarrhea by about a day…which might not seem like a lot right now, but trust me. When they’re in the thick of being sick, 24 fewer hours of poop duty will sound like a DREAM! For both of you!

Thinking about starting your LO on probiotics? Grab this free guide! It’s research-backed and it’ll help you not only pick out the perfect probiotic for your toddler but figure out exactly when and how to give it to them, too. That means no more guesswork and, hopefully, way less sickness!

Send Me The Guide!

What to feed your kid when they have a cold? 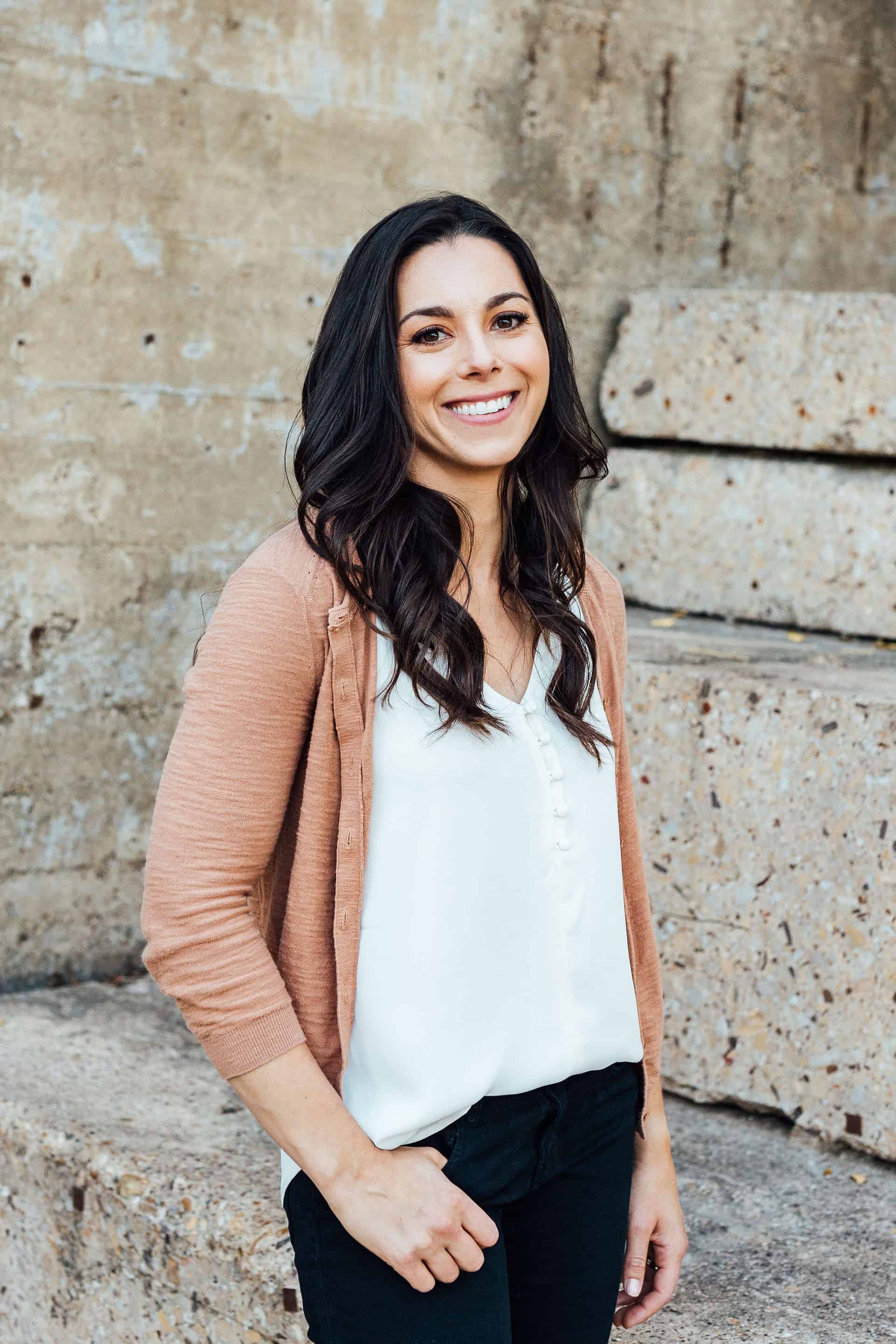 PrevPreviousThe Best Multivitamins For Toddlers (And Does Your Kid Really Need One?)
NextA Guide to Flaxseed For Toddlers & KidsNext 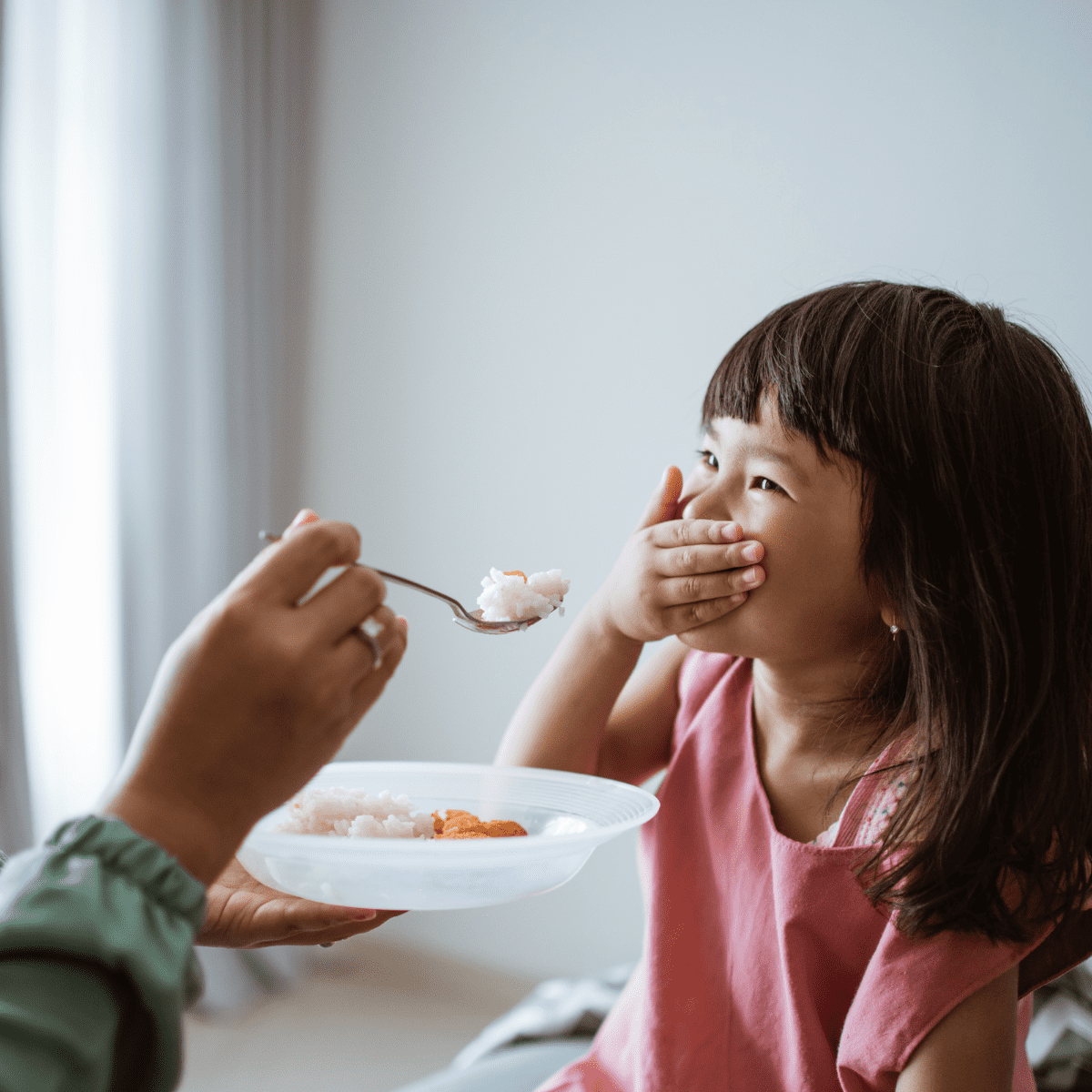